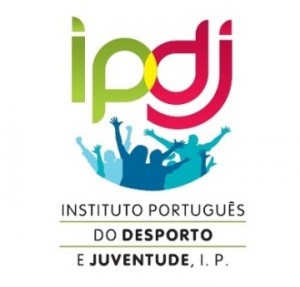 On 24th of June, we organized a Pottery workshop as a part of the “Na Fabrica Ambulante” project, in colaboration with French association Matikenko and European Intercultural Club. It was a real pleasure to work with clay and create our small works of art.

See on our Facebook how we enjoyed this workshop! 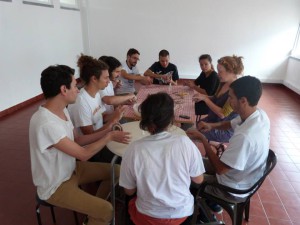 Do you want to see how it was? Check the video.

In the afternoon, Álvaro invited everyone to participate at the development of his project Wiki Bairro Padre Cruz. Italian volunteers from the Mãos do Mundo Association also animated the day with face painting and balloon modeling.

On 4th and 5th June, Spin participated in 14th Fair of Artistic Expressions of Carnide which took place in Jardim da Luz. Our EVS volunteers – Álvaro and Enric – prepared a stand where participants could create their own flowerpot, using recycled materials.

We asked this question to all young people who we came across on the streets of Carnide. The question was an introduction to some short non-formal education dynamics which aimed to promote active citizenship behaviour and encourage Carnide community interest towards European Elections. In the end, we got one conclusion:

You’re the one who decides! (and also every one of us).

This event was realized in the frame of Youth in Action Program “Europe = mobility X active citizenship squared” with the support of the Parish Council of Carnide.

On16th May, we participated in the event Pintar, Cultivar, Conviver at Crescer a Cores Nursery. Our volunteers helped the children to paint their space and participated in a communitarian dinner.

On 26th April at Carnide’s historical center an event Joga Carnide organized by European volunteers from Spin and Mãos do Mundo took place. It had the collaboration of Carnide’s Parish Council and Ginga Brasil Association. The day started with the Revolution in Azinhagas (Revolução nas Azinhagas), a communitarian cleaning meeting with the participation of not only people from Carnide, but also youngsters from different European countries.

Later, already in the historical center of Carnide but before the starting of the activities, we enjoyed a shared lunch. At this event, Spin participated with a stand promoting Wiki Padre Cruz neighborhood project, where people could know more about the history of the neighborhood and share their memories, putting a post-in on the poster.

Participants had also the opportunity to visit the stands Carnide is… and Draw your house, where they could express what Carnide is for them and draw their house on Carnide’s map. People with more energy participated as well at roda de capoeira and basketball match.

You can see photos of the event on our Facebook.

It was a project coordinated by Spin Association, performed together with 3 more entities – Carnide’s Parish Council, Xena and Fuori Target – co-financed by Youth in Action Project.

After several meetings, there were produced the photos exhibited at Carnide’s Cultural Center during April 2024, as well as the project’s final videos.

If you couldn’t visit the exhibition, see here the photos from the inauguration!

In February, we had the opportunity to participate in a series of cooking workshops organized by our EVS volunteer. Enric shared his knowledge and passion towards cuisine, and together with his students created tasty dishes.

From November 2010 till August 2013 Spin organized weekly classes of Zumba in Carnide. It was a way of promoting positive and healthy activity in Horta Nova neighborhood, supporting integration among the neighbourhood citizens and between them and the nearby communities, bringing interculturalism trough dance.

Rasa’s project, named Alegria Internacional (International Joy), was an asset both to the neighborhood and Carnide.

Recalling my arrival to the neighborhood, I remember only the great will to get to know everyone in the neighborhood, and communicate in the way I know the best – through dance and encountering all the cultures that existed here, in the neighborhood, as well as in Lisbon. I remember that on the first class I didn’t speak Portuguese and I had to read from a sheet of paper to explain what Zumba was and who I was. I was distributing flyers in the neighborhood to promote my classes and motivate people to come and know this initiative, I participated in many events like “Março é Juventude”, Carnival, Magusto and communitary Christmas in Carnide, always to make people aware of this mobility, I went to meetings at Grupo Comunitário and Conselho Consultivo da Juventude presenting my project…

Today, there are just a few people who don’t know what Zumba is, at least the majority has an idea that it’s something connected to dance and fitness. It wasn’t like that in 2010! I’m really glad to have introduced Zumba in Carnide. Besides the development of a local project and having contact with the community, it was very important for me to offer this practice to a lot of people who don’t have resources for joining a gym and to bring physical and psychological well-being to as many people as possible. I think that everyone deserves that and it gives me a lot of pleasure to see people learning to love their bodies and being relax while dancing, to see students being together, to share the knowledge about various dance types, music and cultures, to see people get their goals in terms of fitness.